CHICAGO CINEMA WORKERS FUND
UPDATE:
​After raising the initial goal from $15,000 to $25,000, we've reached 93% of our second goal. With donations slowing down a bit, we've identified next Thursday, May 21, as the final day that we'll be accepting contributions to the fund. In the meantime, we're working on a couple final donations that will hopefully put us over that $25,000 target. After we close things out next Thursday, we'll be able to move forward with distributing funds before the end of the month.


ABOUT THE FUND: As all Chicago cinemas are currently closed due to the COVID-19 crisis, cinema workers all over the city are facing financial hardship. As people invested personally and professionally in Chicago’s vibrant cinema scene, we seek to offer solidarity and mutual aid to lessen the blow. While a few individual theaters have the means to offer continued wages or partial compensation during this time, many theaters have had to lay off their entire staff. Larger government and industry support efforts are underway, but we seek to provide stopgap help to those folks who make Chicago movie-going possible.
​
​With the assistance of fiscal sponsor Full Spectrum Features and community partners, Chicago International Film Festival and Nightingale Cinema, we have started a fund for hourly cinema workers who have been furloughed or seen a reduction in compensation. Funds raised will be distributed evenly between applicants, with the goal of providing $300 relief, equivalent to 20 hours of work at $15 an hour. Every $10,000 we raise would provide approximately 30 workers with relief funds at this level.

​All hourly workers at cinemas in the Chicagoland area who are experiencing wage disruption because of COVID-19 closures are eligible.

​The application is now closed.

Our goal is to provide every eligible applicant with $300 paid out during the first two weeks of May 2020.

Given that funding available to applicants is based on total funds donated, timelines may shift. Minimum benefit is set at $100. In the initial round, the application for benefit will remain open until May 1 or until the the application pool reaches 150 people.

Organizers reserve the right to distribute funds on a first come, first served basis, consistent with the pace of funds donated. We will update this page weekly with a report of total money raised, total number of applicants, and funds paid out.

Any questions about the fund may be emailed to chicagocinemaworkersfund@gmail.com.

UPDATE as of May 13:
103 people have applied to the fund and $23,279.15 has been donated which allows us to send around $210 to each worker after paying fiscal sponsorship and credit card fees. 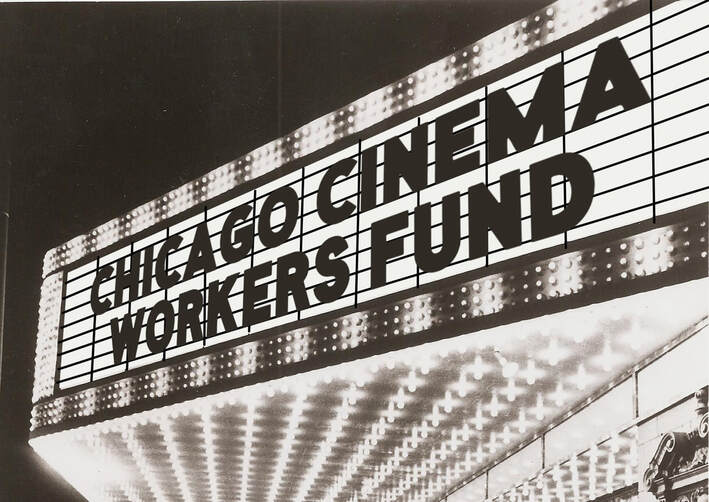